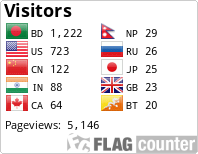 Dr. Kamal Hossain, was born on 20 April, 1937. He did his BA (Economics) from University of Notre Dame, Indiana (1955), BA (Honours in Jurisprudence) (1957), Bachelor of Civil Law (1958) and Doctor of Philosophy (International Law) (1964) all from University of Oxford. He was enrolled as a Barrister from Lincoln’s Inn in 1959 and as an Advocate in the High Court at Dhaka in the same year. He is a Senior Advocate of the Supreme Court of Bangladesh.
Dr. Kamal Hossain taught Constitutional Law and International Law at Queen’s College, Oxford (1957-9). He was a Research Student (1958-9, 1964) and Research Fellow (1977-9) of Nuffield College, Oxford and a Visiting Fellow (1976-7) of All Souls College, Oxford. He taught International Law and Constitutional law in the University of Dhaka (1962-7). He was a Visiting Professor at the Free University of Amsterdam (1997).
He was Minister of Law (1972-3), Minister of Petroleum and Minerals (1973-5) and Minister of Foreign Affairs (1973-5) for the Government of Bangladesh. He was a member of the UN Compensation Commission for two terms (1994-6 and 1999-2005) and was Chairman of two of its Panels. He was also the UN Special Rapporteur on the Human Rights Situation in Afghanistan from 1999-2003.
He is a member, Panel of Arbitrators, ICSID and served as Chair and Member of a number of international arbitral tribunals (ICC, ICSID and UNCITRAL). He was appointed as a Judge ad hoc by Malaysia for the International Tribunal of the Law of the Sea in the case Malaysia v Singapore (2003) and also as a Member of International Law of the Sea Annex VII Tribunal in the same case, and also in the case of Guyana v Suriname (2005-2007).
Dr. Kamal is currently Vice Chairman of the International Law Association (London), Chairman of both the Bangladesh Legal Aid and Services Trust (BLAST) and South Asian Institute of Advanced Legal and Human Rights Studies (SAILS), Honorary Fellow of the Institute of United Nations Audiovisual Library of International Law www.un.org/law/avl Mineral and Petroleum Law, University of Dundee and Advisory Council Member for Transparency International.

Sami was the chief coordinator of the first SAARC summit and was selected the deputy general secretary of the summit. He also worked at the Bangladesh embassy in Cairo and as the Charge-de-affairs in Paris. He also worked in the UNESCO as a residing representative. Sami became the Bangladeshi High Commissioner to India in 1995 and remained there till 1999. During this time he played an important part in signing the Ganges Water Distribution Agreement and Chittagong Hill Tracts Peace Accord. After that, he served as the foreign secretary till 2001. During the caretaker government of 2001, he became the chief foreign secretary. Besides he was a member of the International Civil Service Commission of the United Nations. He also led Bangladeshi correspondents in UN, NAM, OIC and other international conferences.

Sara Hossain is a Bangladeshi lawyer who works as a barrister at the bar of the Supreme Court of Bangladesh and an honorary executive director of Bangladesh Legal Aid and Services Trust (BLAST). She was one of the recipients of the 2016 International Women of Courage Award awarded by the United States Secretary of State. Hossain played a key role in drafting Bangladesh's first comprehensive legislation on violence against women, which went on to become law in 2010. She is known for her role in challenging fatwa violence, where fatwas are issued to mete out degrading and violent punishments to women and girls. She also opposed the two-finger test in rape and sexual assault cases, and forced veiling.[citation needed] Hossain co-edited 'Honour': Crimes, Paradigms and Violence Against Women with Lynn Welchman.

ManzoorHasan is a public policy reform specialist with nearly two decades of experience in capacity building and institutional strengthening aimed at strengthening governance in Bangladesh. Barrister Hasan is a lawyer-cum-economist trained at the Honourable Society of Lincoln’s Inn and the London School of Economics & Political Science, London, England.
Mr.Hasan is currently serving as the Executive Director of the Centre for Peace and Justice and the Institutional Adviser of BRAC Institute of Governance & Development (BIGD), BRAC University, Bangladesh. He was instrumental in establishing BIGD (former Institute of Governance Studies) in 2005 and from 2006 he was the Director of the then IGS. Previously worked as the Deputy Executive Director, BRAC, the largest NGO in the world. He was the Regional Director (Asia-Pacific) of Transparency International, Berlin, Germany and previously the Founding Executive Director of Transparency International Bangladesh. Her Majesty Queen Elizabeth II awarded the Officer of the Most Excellent Order of the British Empire (OBE) to Mr.Hasan in 2003 for his promotion of transparency in Bangladesh.
Specialties: Governance - Barrister Hasan’s expertise also includes in-depth knowledge and understanding of institutional reform priorities. He is a legal and policy expert who is also well versed with compliance requirements of international statutes and conventions. He has also demonstrated his competencies in engaging civil society organizations and community groups in promoting good governance. He is currently serving on a number of boards of non-governmental organisations and companies.